In PSHE, we want our children to be open minded, independent, respectful, resilient, active, creative and forward thinking when learning about Being me in my world, Celebrating Difference, Dreams and Goals, Healthy Me, Relationships and Changing Me. This is our Curriculum overview for PSHE at Lawrence:

Click here to find out what we are doing in PSHE at Lawrence!

Well done to  5B for all your hard work in PSHE and British Values. We are all looking forward to your assembly. 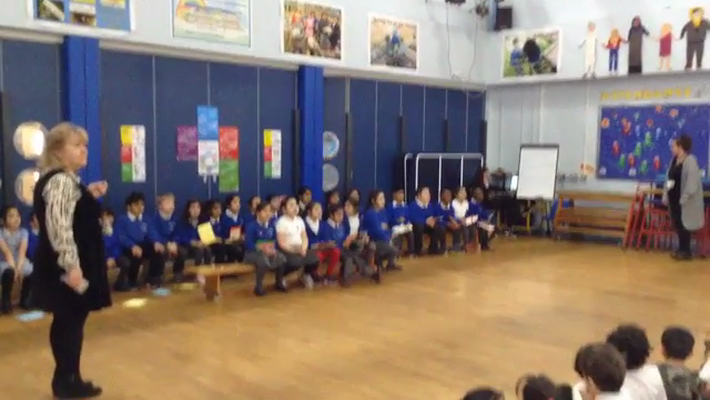 Jane Rickwood from Living Streets came to speak to us today with a special visitor!

Our PSHE topics are celebrated at the end of each topic through Jigsaw.

Being Me in my World

Linked to our work on British Values, we took everyone from Year 1 to Year 6 to the Liverpool Empire Theatre to see Jack and the Beanstalk.

Our Year 6 children were visited by the Crucial Crew to learn how to operate a Field Hospital as well as going to the Anfield Learning Space to take part in a Drugs and Alcohol Awareness Workshops as part of their topic. Our Key Stage 1 children visited the Allotment to see how vegetables grow. James Riley from the "Get Away Safe" Project came in to speak to our Year 5 and 6 children.

Year 2 children took part in a Deaf Active Hands Project as part of their topic. The whole school has been involved in the Cappoeira Project linked to being different.

What is PSHE (Personal, Social, Health, Economic) Education like at Lawrence?

(ii) relationships, and (iii) living in the wider world; and include:

What is SMSC (Spiritual, Moral, Social and Cultural) development like at Lawrence?

Pupils’ spiritual development is shown by their:

Pupils’ moral development is shown by their:

understand and appreciate the viewpoints of others on these issues.

Pupils’ social development is shown by their:

Pupils’ cultural development is shown by their

What are the British Values (BV)?

Being Me in My World, Celebrating Difference and Dreams and Goals

Being me in my world